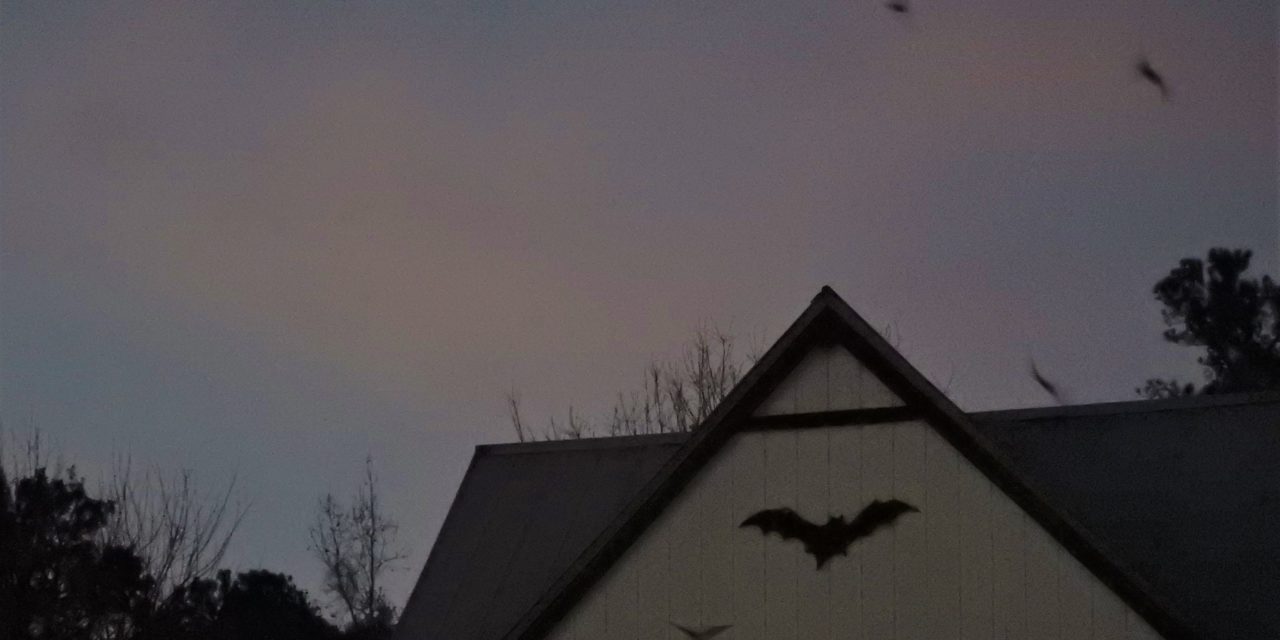 The University of Florida is home to some great tourist destinations. One of them I’ve been wanting to visit is the UF Bat Houses. I was recently in the area and was able to stop by at just the right time. In case you’re wondering, just the right time means just a bit before sunset. The big show starts between sunset and darkness on calm, warm nights.

The bat houses at UF are home to mostly Brazilian free-trailed bats, but there are also Southeastern and Evening bats according to their web site.  There are currently two bat barns and one bat house. The bat house has deteriorated and will be removed at some point in the future. To be honest I would not have noticed there was more than one kind of structure if I hadn’t looked into it before going. None of them looked deteriorated to me, but it was a bit dark so…

I’ve always thought bats are fascinating, if you even slightly agree then a trip to the UF bat houses should be added to your things-to-do list.  Watching the bats emerge from the houses won’t take much more than half an hour, and there are a lot of other things to do while you are in the area. 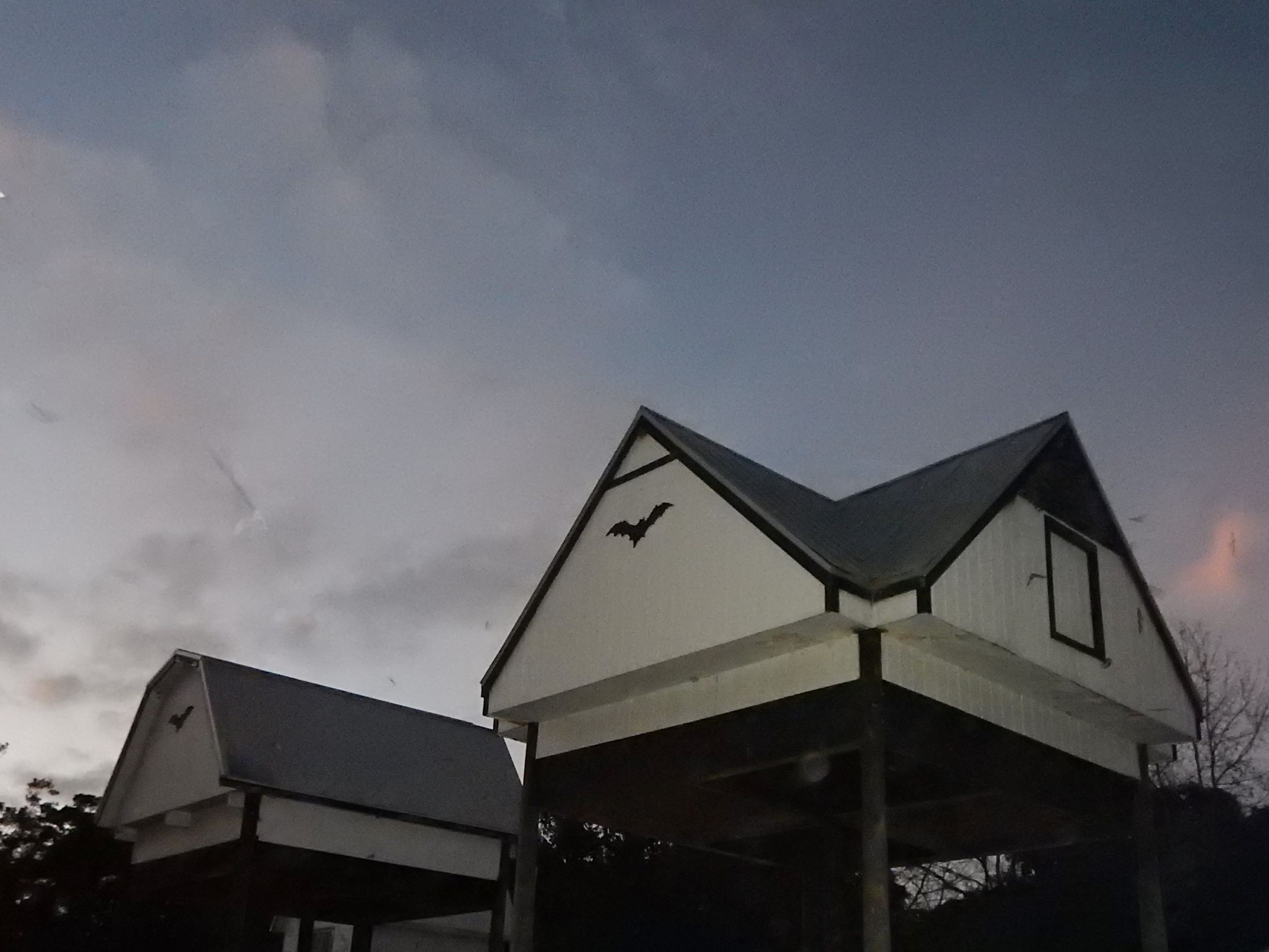 The bats begin to emerge soon after sunset and fly out in a fairly steady stream. I’ve read the flight out lasts for about ten minutes, but when we visited they continued emerging for easily half an hour, with a bit of ebb and flow. It’s estimated that almost 500,000 bats live here, so you can imagine it’s quite a sight.

One thing that almost kept me from going is the fact that flocks of birds often come and pick off many of the bats as they are flying out of the houses.  I’m a bit of a bleeding heart and didn’t really want to see that.  However, it seems we lucked out and there weren’t any birds to be seen the night I went. From what I’ve been told that’s not the norm though, and there are sometimes people there to cheer for both sides.

As long as you’re there, walk directly across the road from the bat houses to see Lake Alice.  It’s a small lake with a pretty view that would make a great place for a picnic if you came a little early.  This is Florida so there are alligators and soft-shell turtles in the lake and who knows what else. However, it was dark by the time we walked across the road so we didn’t get to see any wildlife. Not a problem, I live in Florida so I can see those in my neighborhood.

Here’s what you need to know to play tourist: 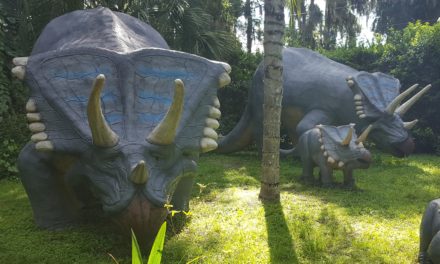 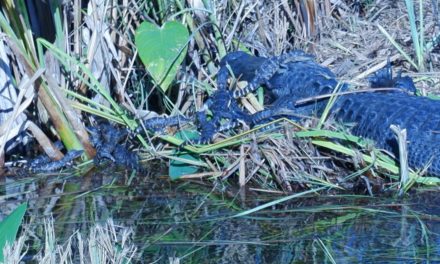 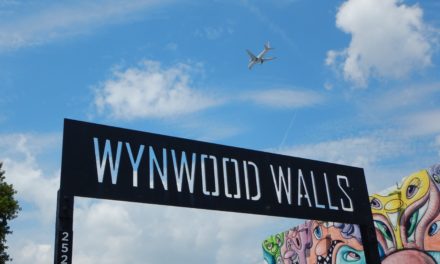